At the Jewish Community Council of Greater Coney Island (JCCGCI), our mission is to improve the quality of life of the frail elderly, vocationally disadvantaged poor, underprivileged immigrants and educationally at-risk youth of our city. With forty (40) service sites throughout the five boroughs staffed by almost 350 social service professionals, JCCGCI believes that strengthening the well-being of our neighborhoods has a dynamic and economic impact in the communities we serve.

On Thursday, September 26th, as part of the annual Rosh Hashanah food distribution event, Executive Director, Rabbi Moshe Wiener extended a special invitation to Mayor Bill de Blasio to join the distribution. The event is one of the many initiatives lead by JCCGCI to address poverty.

During the event, which provided meals for approximately 550 households (benefiting 1,158 individuals), food packages were distributed based on a “client choice” model, under which each recipient had an opportunity to choose from a menu which food items they would prefer.

Upon arriving at JCCGCI, the Mayor was greeted by Rabbi Wiener and JCCGCI’s Board of Directors President Mr. Irwin Janklowicz.

Thereafter, the Mayor took time from his tight schedule to extend a “high-five” greeting to each of about 100 young children from two Early Learning centers.

In discussions with Rabbi Wiener, Mayor de Blasio noted the growth of JCCGCI and its commitment to serve the people in need throughout the five boroughs. Several examples: It was noted that, just in the past week, JCCGCI signed a lease for a new service site in the Bronx for its Internship Placement Services (IPS) program, which assists Public Assistance recipients (in all five boroughs) transition to a career pathway. Managed by Meka Nurse, a former ACS Assistant Commissioner, IPS now has three locations in the city including Brooklyn and Manhattan. Earlier in September, JCCGCI strengthened its relationship with Women for Afghan Women to expand their job placement capacity. JCCGCI also is finalizing arrangements to renew its Adult Literacy programming benefitting the Liberian community in Staten Island.

The Mayor also had the opportunity to connect with and offer encouragement to JCCGCI’s highly acclaimed “Operation HOOD” Cure Violence team — a group of “credible messengers” who have accomplished so much to reduce gun violence in Coney Island. He was joined by several of the team members in group photos.

The Mayor even took time for a brief stroll on the boardwalk with the 60th Precinct Executive Officer Captain Genevieve Isom and Rabbi Wiener to discuss in more detail the effectiveness of the “Operation HOOD” Cure Violence program, its interface with NYPD and prospects for its expansion.

The Mayor also consulted with the Director of JCCGCI’s Operation HOOD, Derick Latif Scott, a renowned expert and mentor in the field of Cure Violence.

Representing the NYC Council at the distribution was Council Member Dr. Mathieu Eugene, a wonderful friend of JCCGCI and of all our communities. Council Member Eugene reminisced how JCCGCI’s NonProfit HelpDesk Division (www.nphd.org) had assisted him so significantly when, before his election to City Council he was involved in the founding of a nonprofit organization.

JCCGCI was joined by staff members from the Conference on Jewish Material Claims Against Germany (“Claims Conference”) who came to volunteer their assistance with the food distribution, in consideration of the large number of Holocaust survivors benefitting from this food distribution (and being significantly assisted by JCCGCI thanks to Claims Conference support throughout the year). The Mayor greeted them and took a group photo with some of their representatives. Also helping with the distribution were representatives of Apple Bank for Savings, led by Mr. Steven DiMaggio, the Bank’s First Vice President & District Manager.

In addition, a group of senior staff from Seagate Rehabilitation & Nursing Center also spent hours assisting in the distribution, led by their Administrator, Mr. Manny Kaufman (who also presented JCCGCI with a generous contribution).

The Mayor was also greeted by several additional JCCGCI program directors, including Aidela Rabiski, who runs one of JCCGCI’s highly-regarded DYCD/COMPASS/SONYC after-school programs, located in the Crown Heights community.

Before departing, the Mayor was honored to be blessed by Rabbi Zalman Leib Meisels, the revered senior Rabbi of the Sea Gate community, who, despite his advanced age and frail state, came to the JCCGCI to greet the Mayor. Rabbi Meisels is a survivor of Auschwitz and is highly respected internationally as a Rabbi’s Rabbi.

Additional media video coverage of this event from News12 may be viewed by clicking this link.

”We want to thank the Met Council’s Kosher Food Network, under the dynamic leadership of Met Council’s CEO, former NYC Councilman David G. Greenfield,  for enabling JCCGCI with the food packages. We also express gratitude to the Food Bank For New York City, United Way of New York City‘s HPNAP (Hunger Prevention and Nutrition Assistance Program), Seagate Rehabilitation and Nursing Center and other private sources of food donations” expressed Rabbi Wiener. “Our ability to conduct these distributions and serve such a large number of community members has been significantly enhanced by the support of the New York City Council and the leadership of the City Council’s Brooklyn Delegation, Councilmember Mark Treyger and Councilmember Chaim Deutsch,” he added.

JCCGCI, under Rabbi Wiener’s leadership also provides technical assistance to enhance the programmatic, administrative and fiscal capacity of other nonprofit organizations through the NonProfit HelpDesk (www.nphd.org). 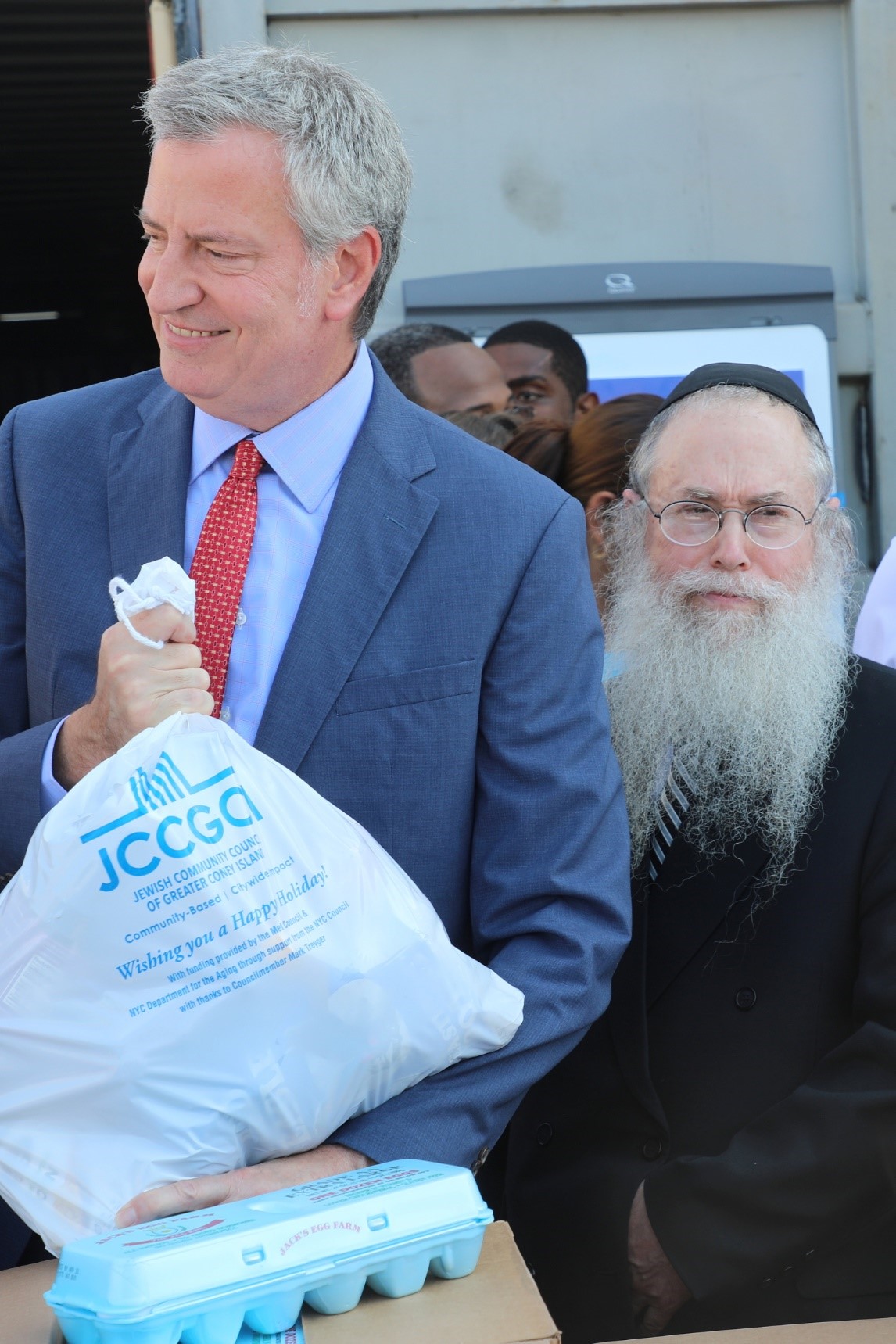 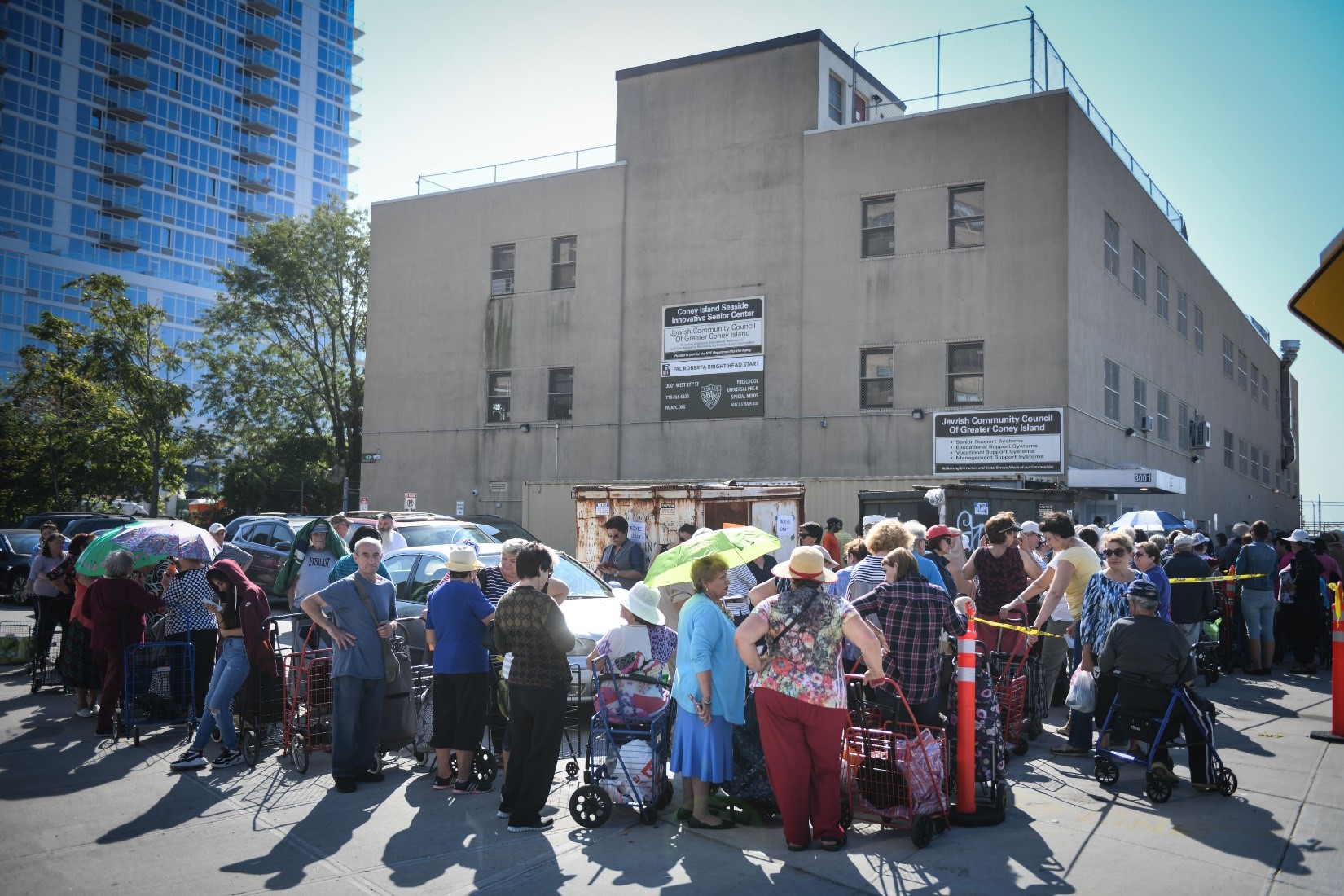 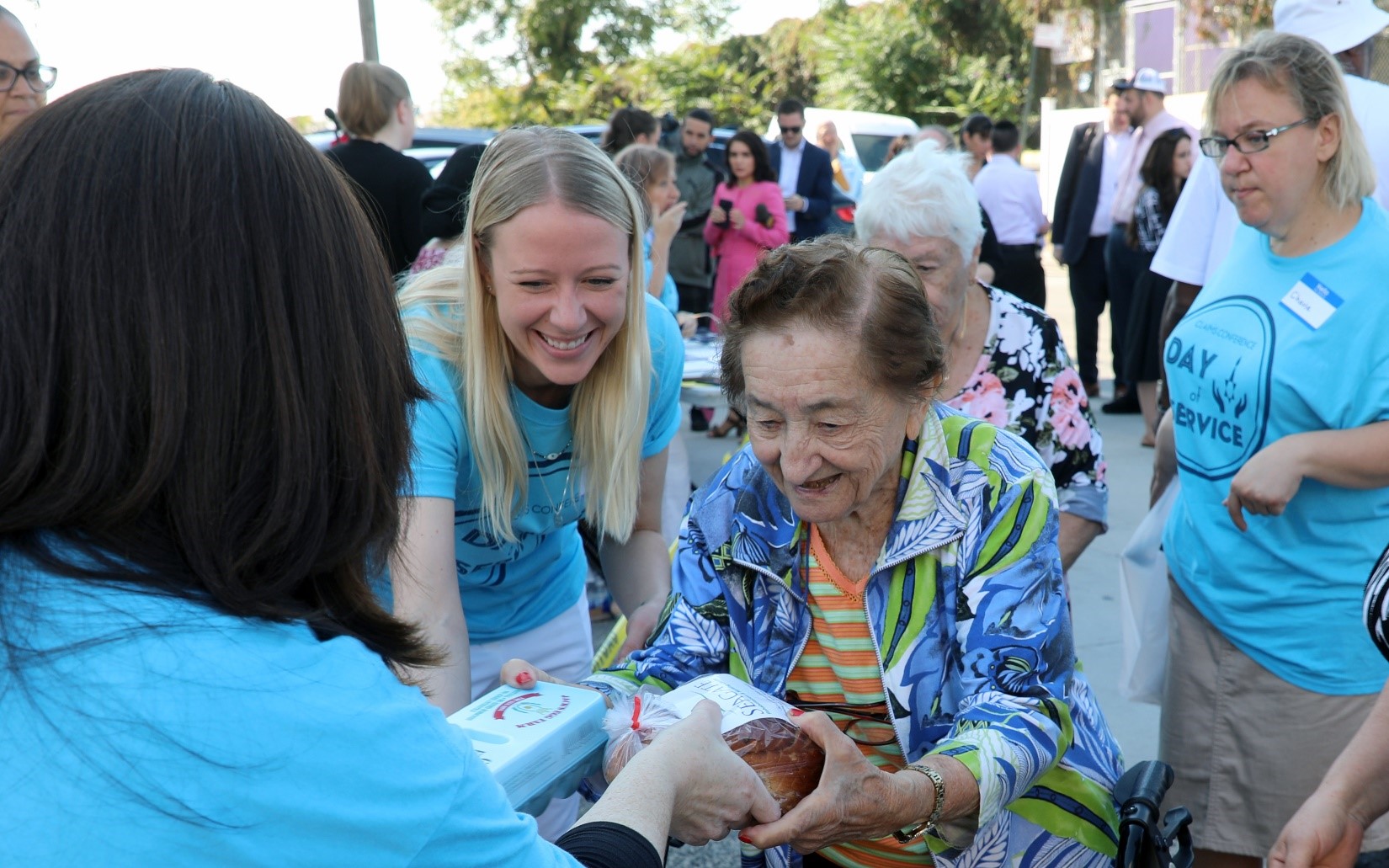 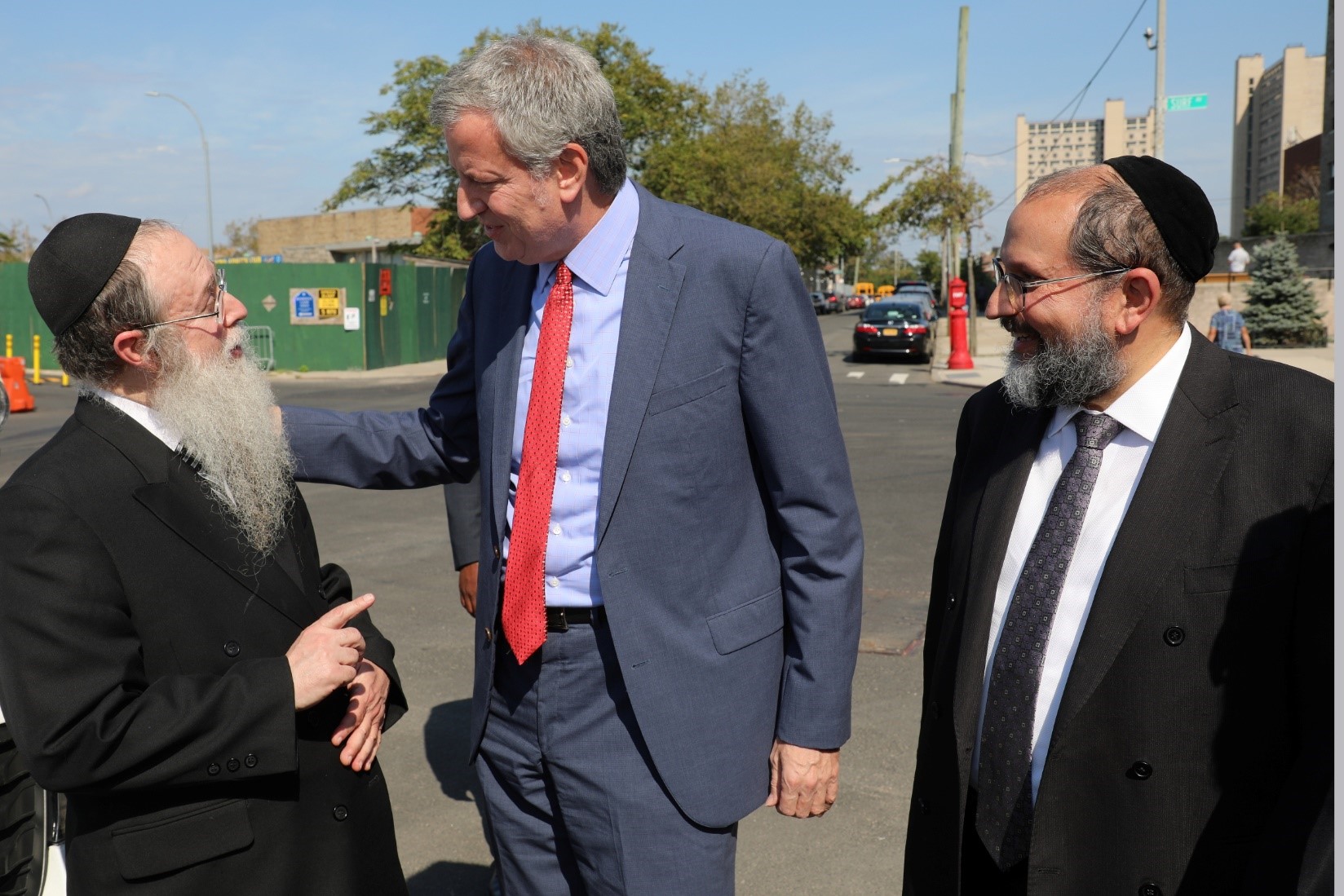 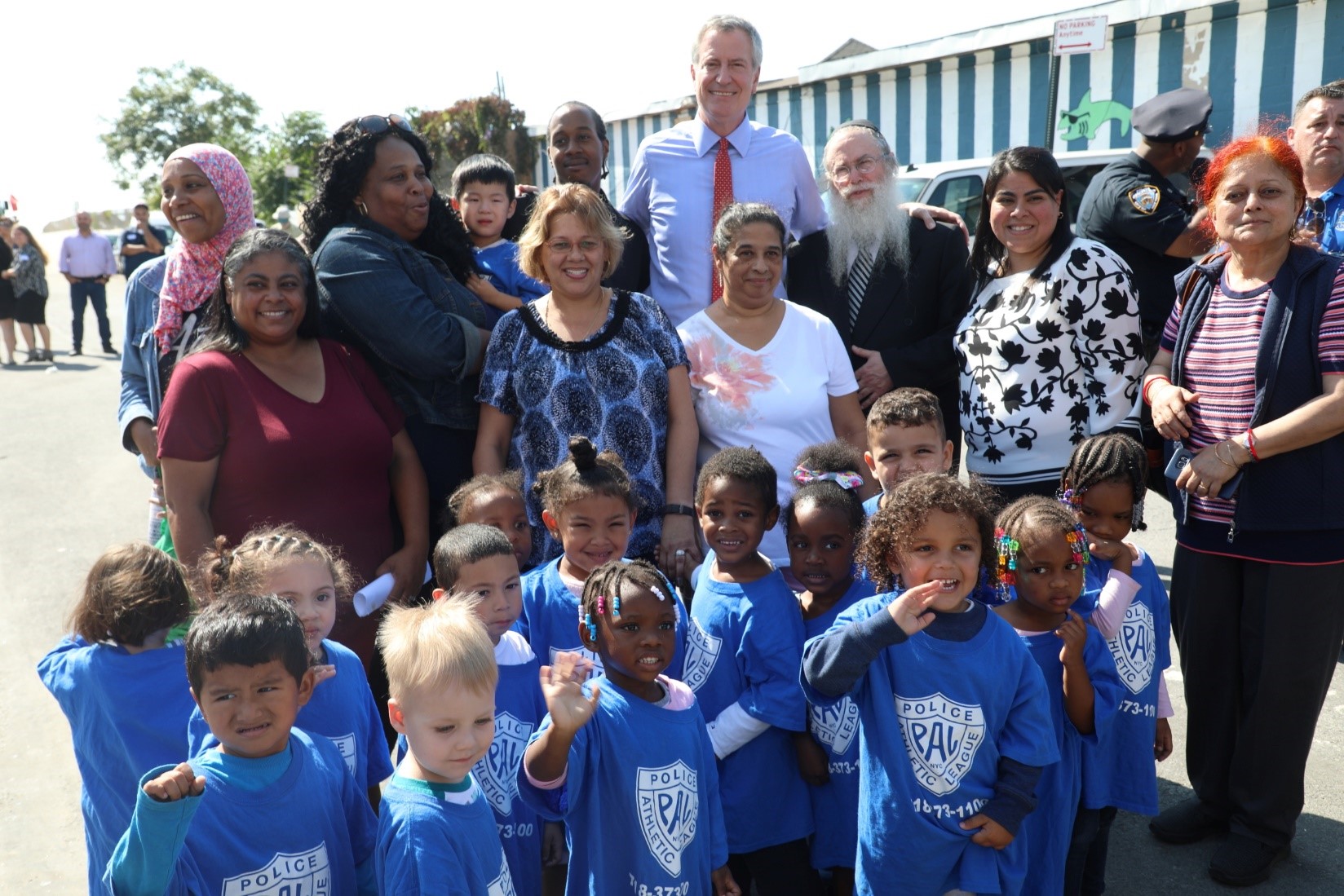 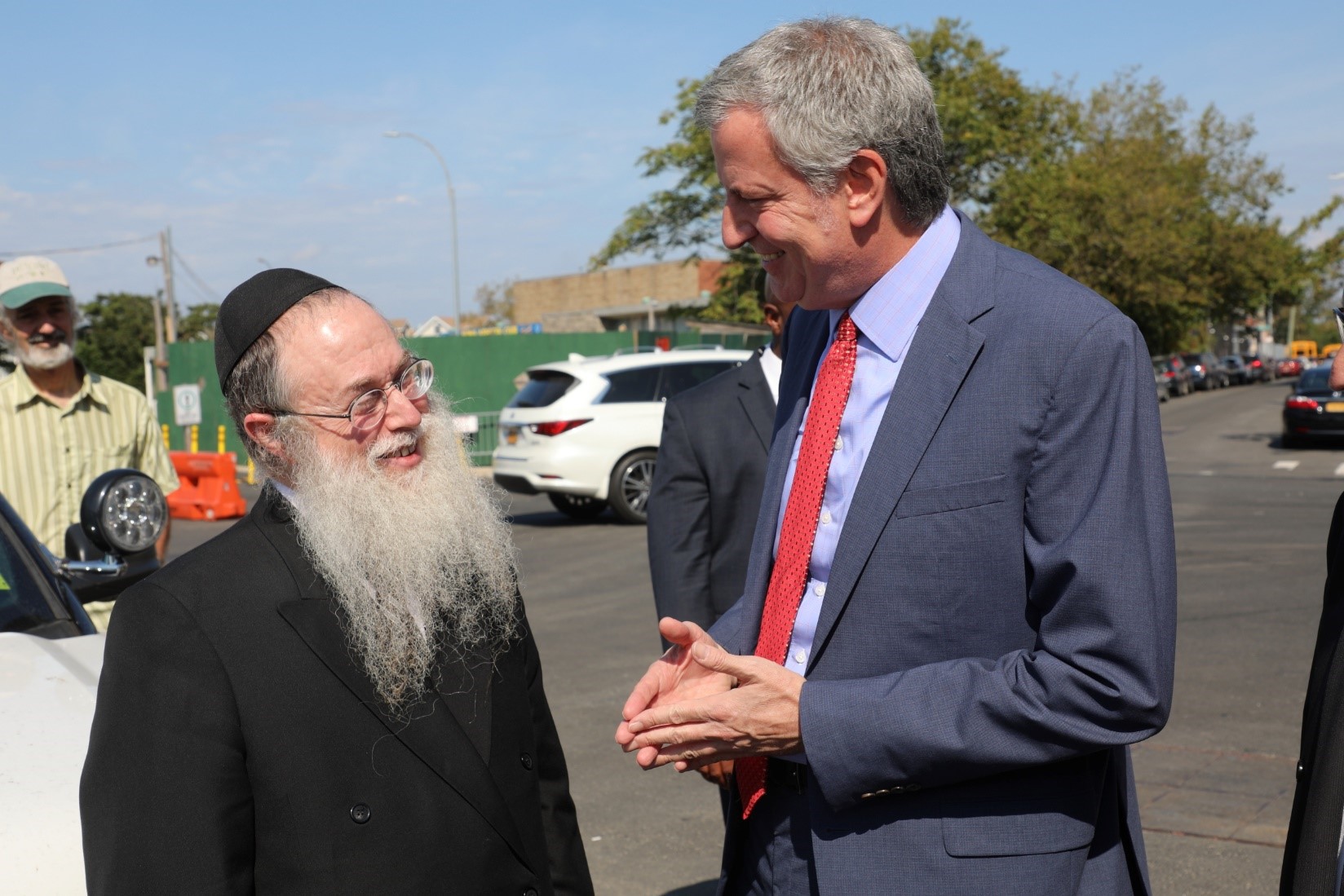 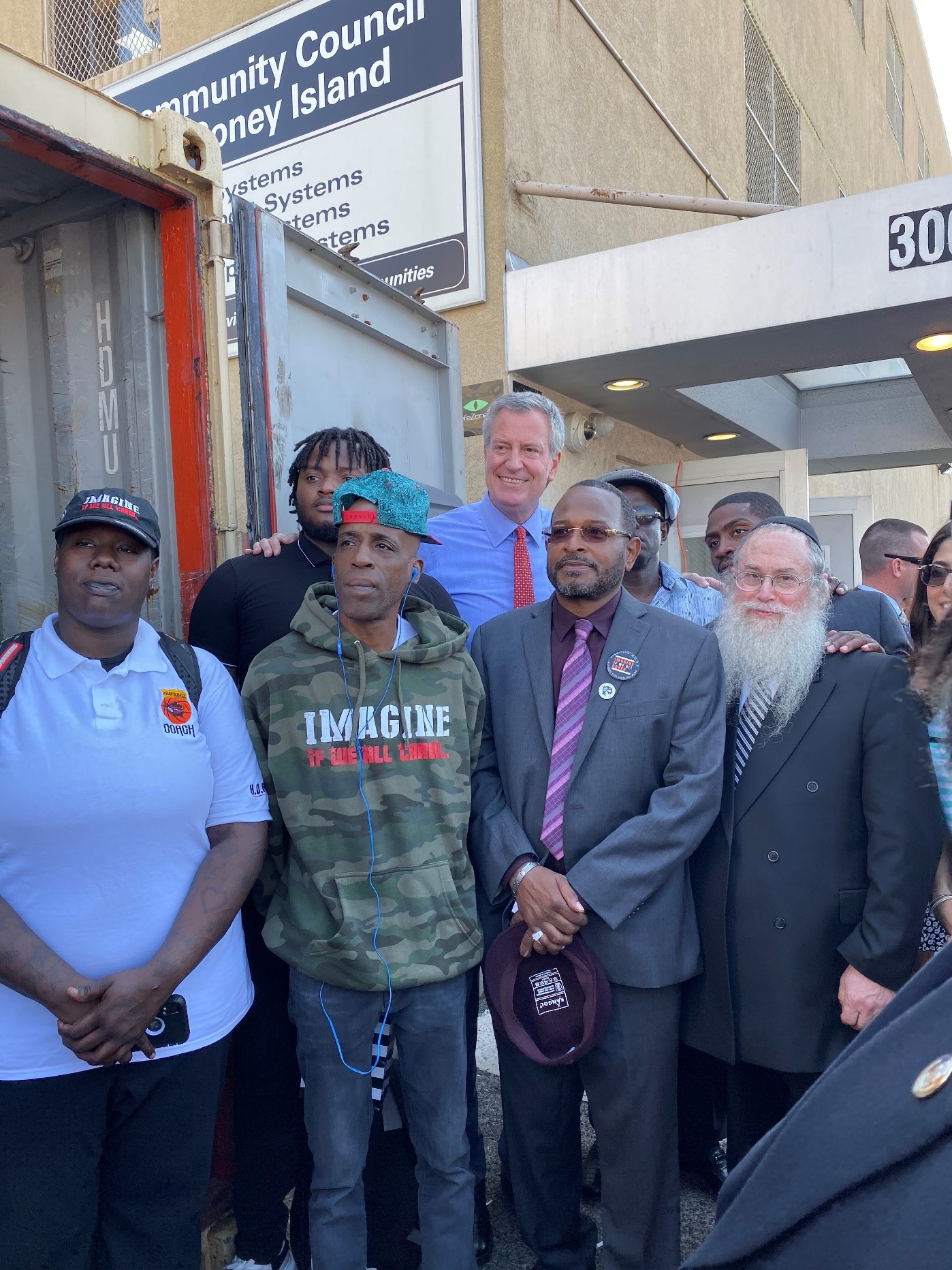 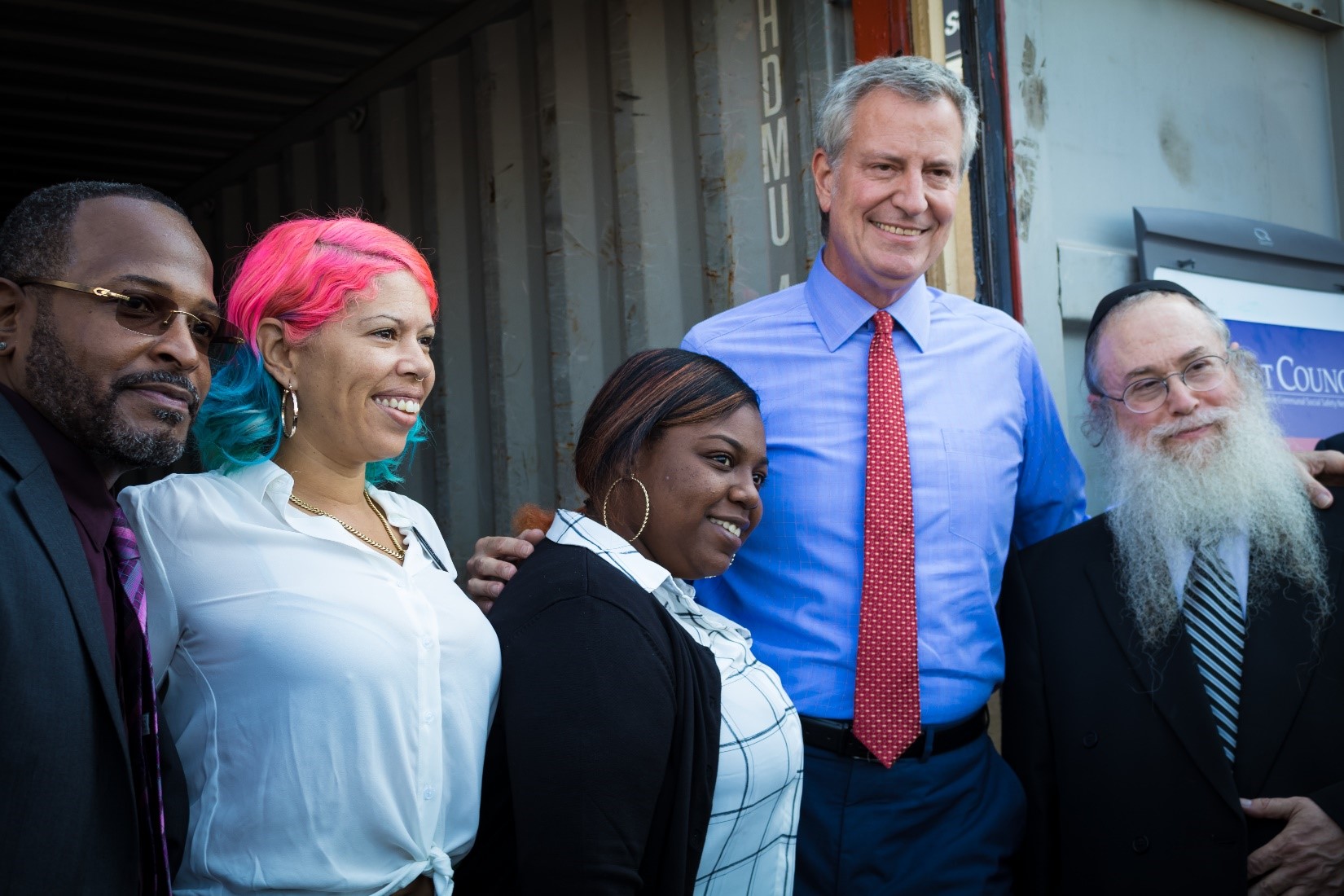 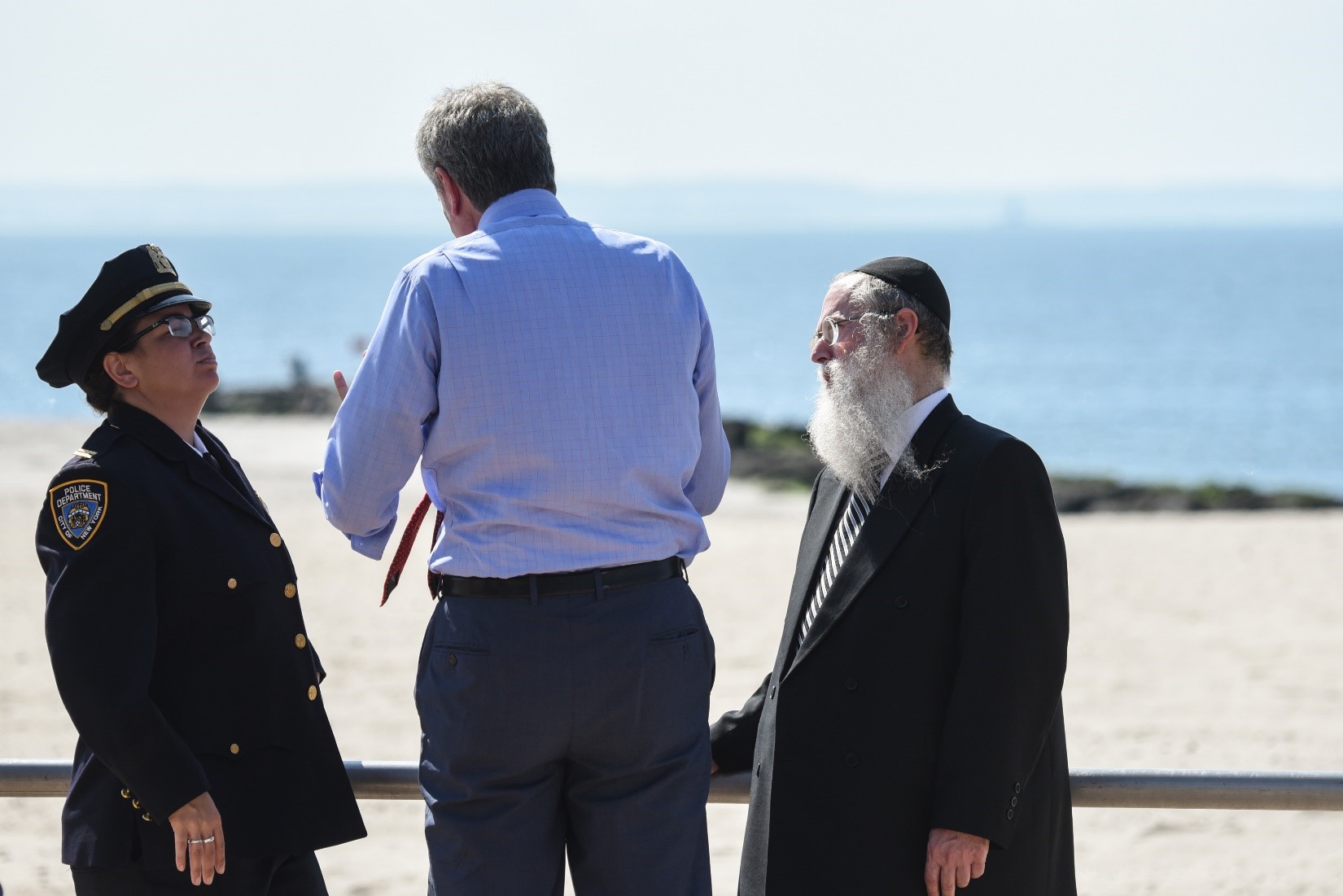 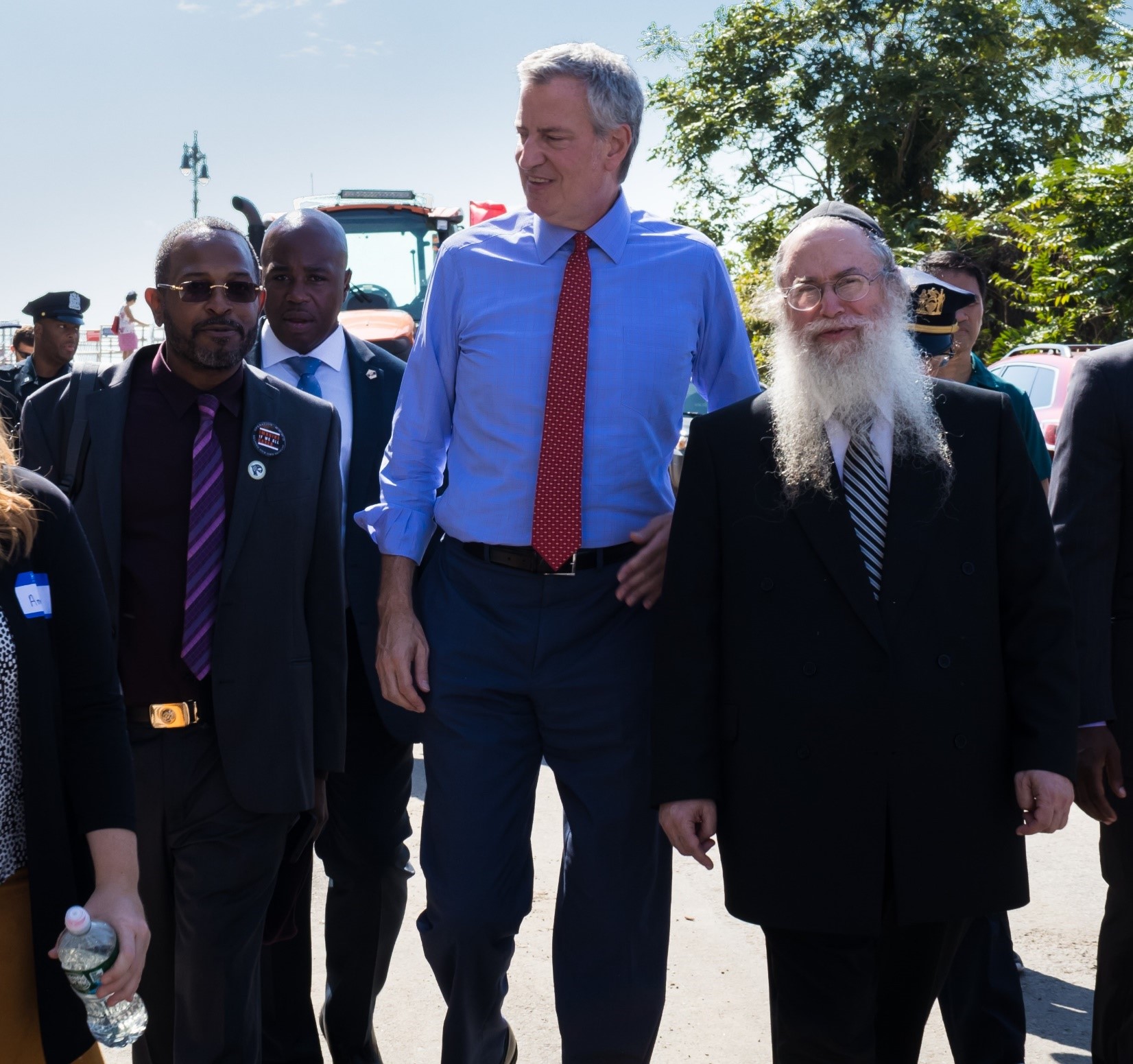 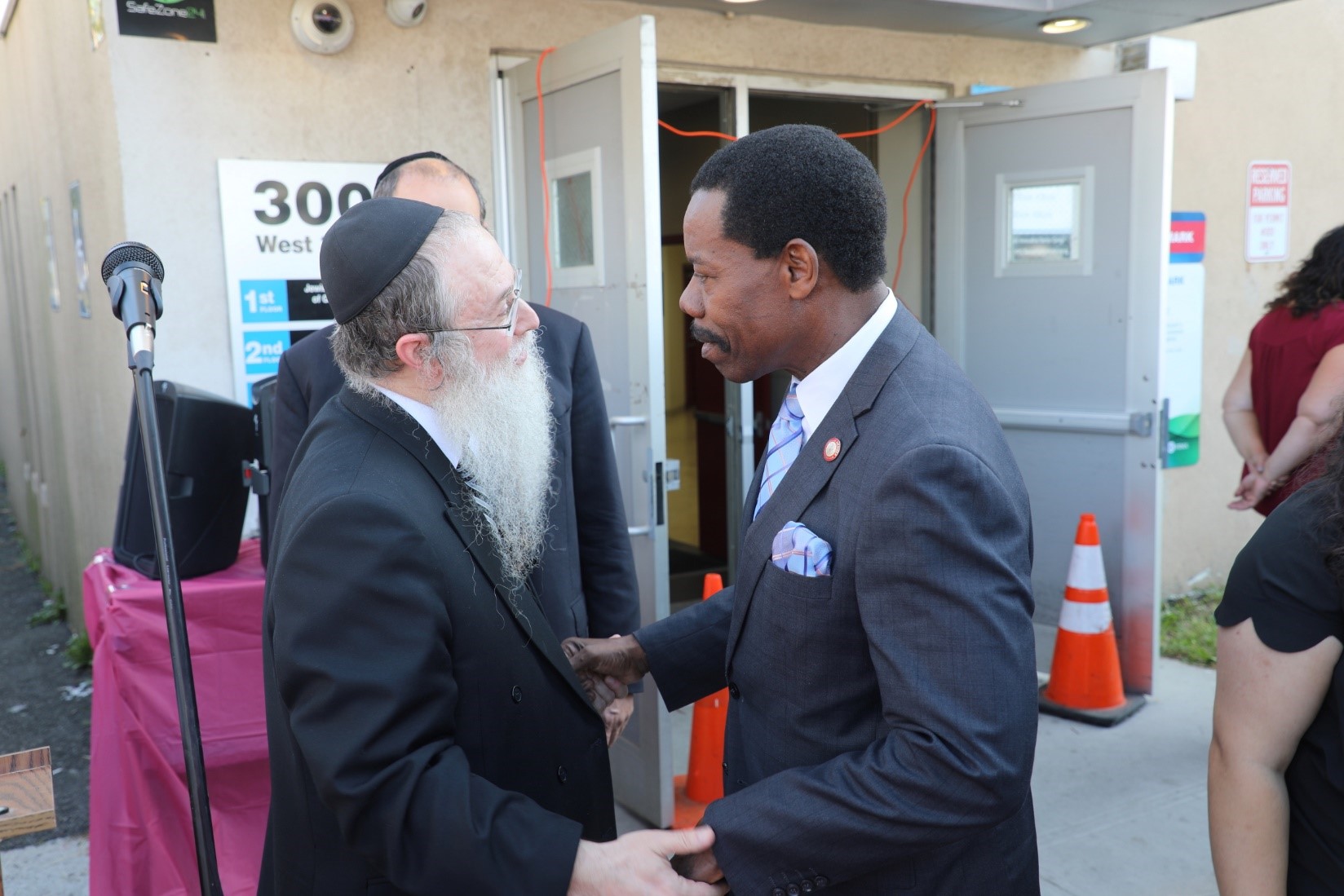 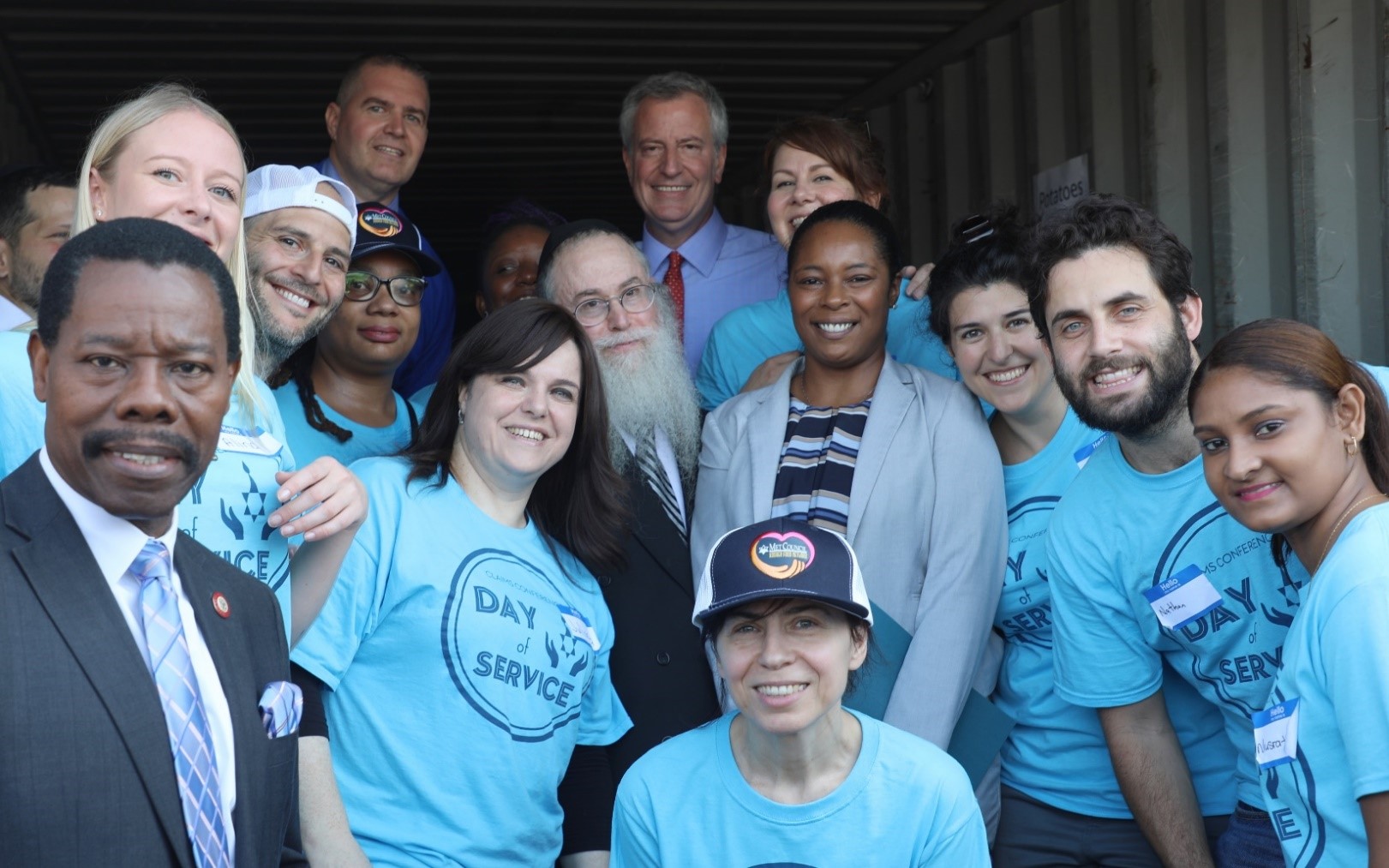 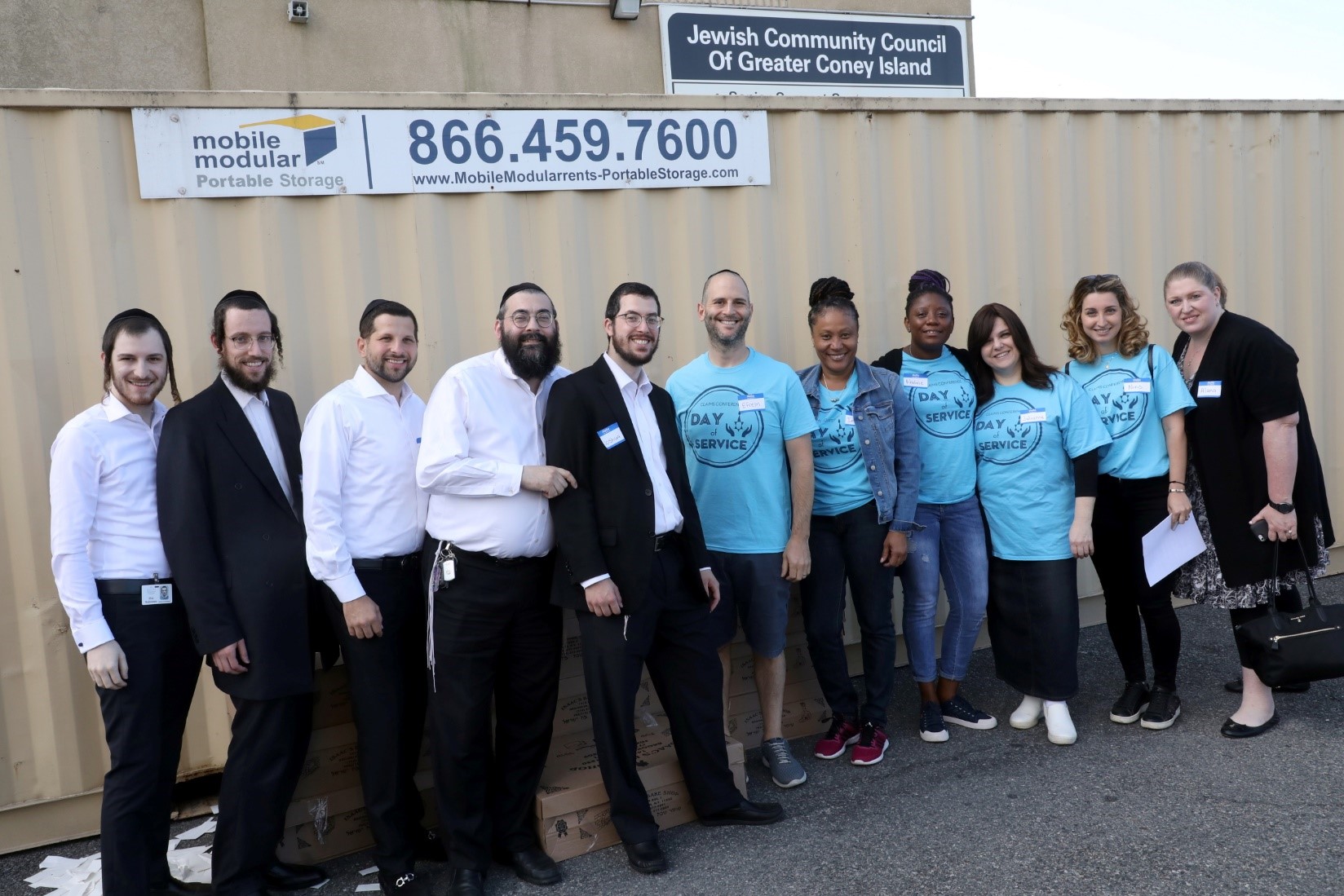 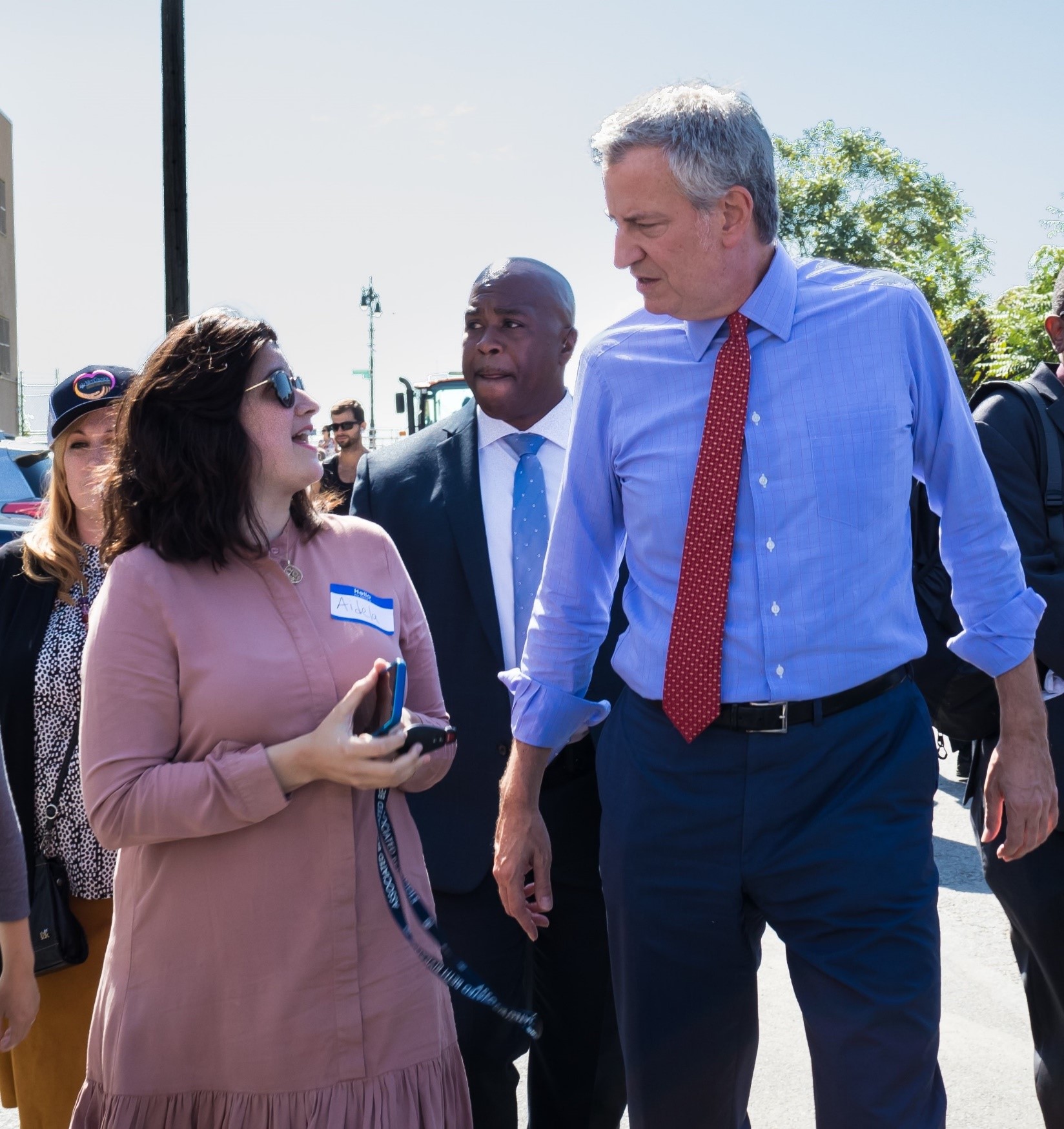 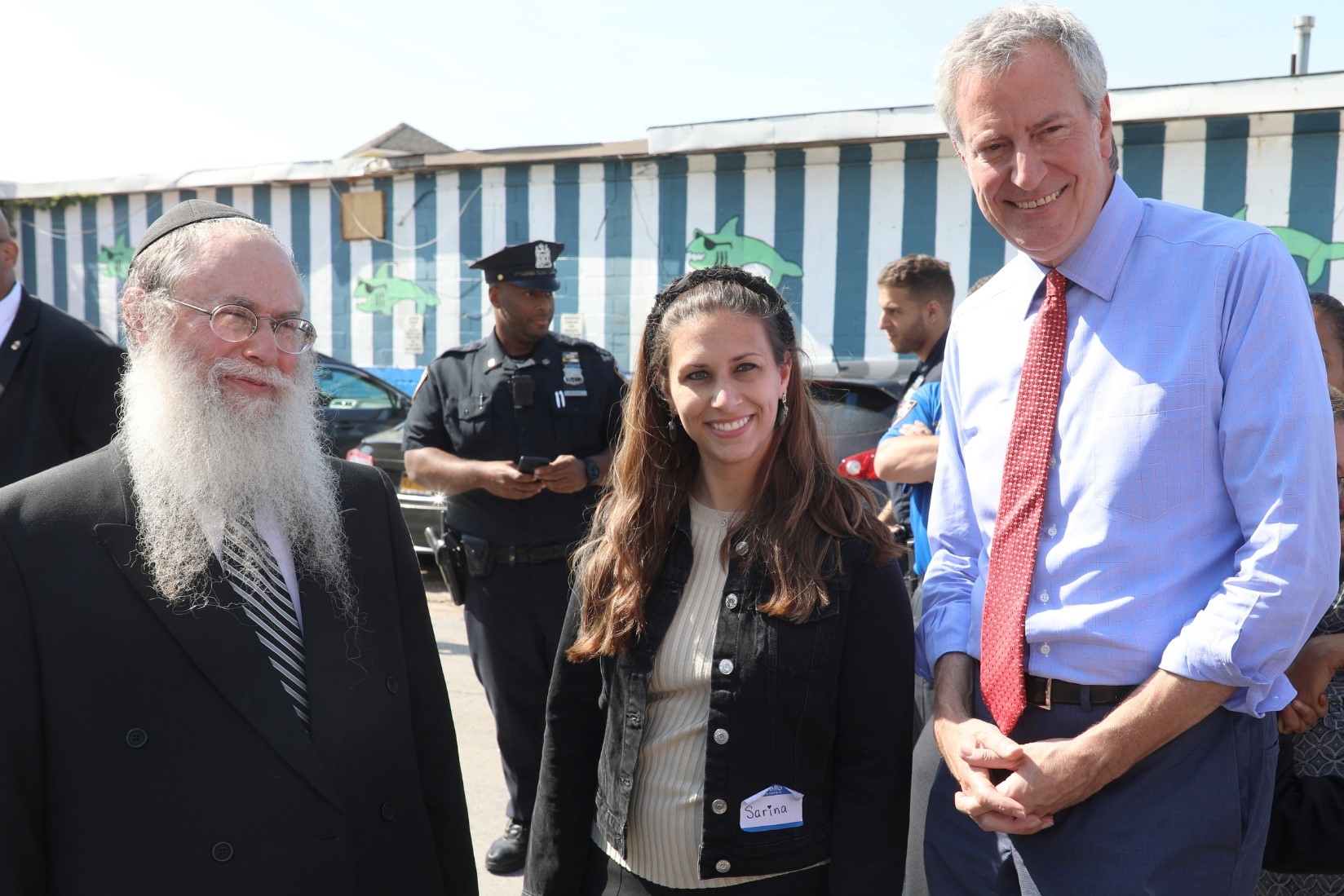 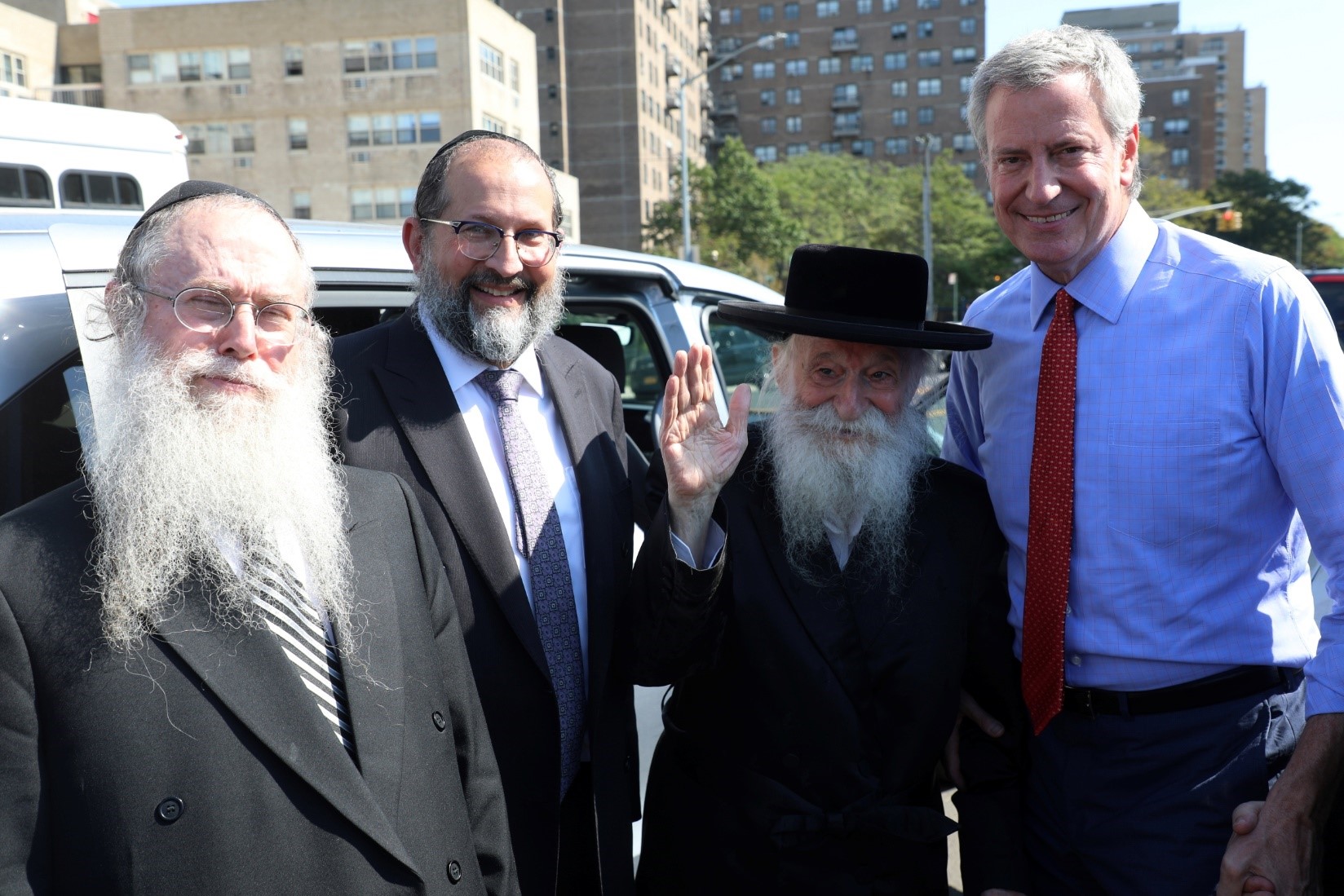